A city is defined by its artists. We are first drawn to the city for the design of its unmistakable landmarks and the decorated shop windows. We then leave our cities to visit other far away ones with their own distinct architecture and novel marketplaces which allow us to break out of our daily routines and become reunited with the world at large.

The Norfolk Sister City Association (NSCA) has found a way to use art to define its local community and to connect with communities abroad. Recently, NSCA sent a custom-made mermaid sculpture to her Sister City of Kochi in Kerala, India.

Sister City programs have always played a significant part in sharing their cities’ culture with the world in a way which serves to further preserve and honor the local identity, but highlights connections between communities around the world. 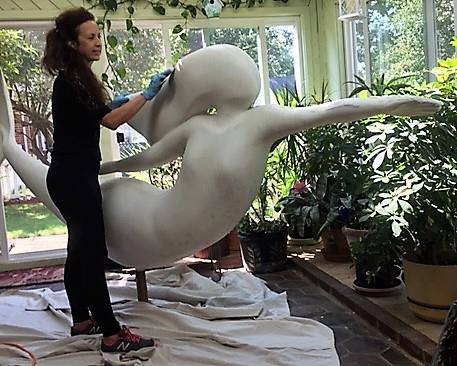 The mermaid has been the unofficial symbol of Norfolk since the local government began its “Mermaids on Parade” campaign in 2000. The campaign distributed 130 large bronze-cast mermaids to local artists for decoration and then placed them around the city for public display.

The unveiling of the mermaid in June 2018 became an opportunity for Norfolk residents to learn about their Sister City of Kochi. During the three-week exhibition of the mermaid at the Slover Library, Robin Dunbar hosted an event where she explained the symbolism behind the mermaid’s design. Attendees learned about their Sister City as they watched a film about Kochi projected on the back wall of the exhibition space.

Robin and Patricia worked as a team designing and painting the mermaid. Robin’s contributions to the design process helped create a mermaid deeply unique to Kochi. 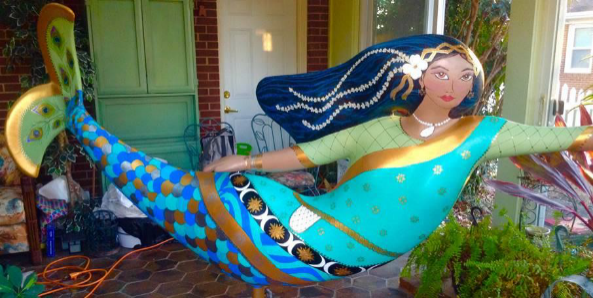 I am a yoga teacher for the YMCA and love Indian art. I was excited to be asked to create a vision of how I would paint the mermaid. My first priority was color. I wanted the mermaid to be inviting with beautiful colors of nature, but the vibrancy of color that India is known for. From there, I researched their national bird, the peacock, as well as their port, trees, river, dress, etc. The design actually came very easy and I didn’t have to redraw or redo anything. - Robin Dunbar, artist

Below is a detailed description of the symbolism Robin used to tie the two Sister Cities together in the mermaid’s design:

The Kochi mermaid serves as a commemoration of all of the qualities the two cities share as well as their relationship as Sister Cities. Since Kochi and Norfolk became Sister Cities in 2010 the two have shared in-bound and out-bound delegations, participated in student exchanges, and most recently participated in an effort to create a virtual exchange between a middle school in Kochi and the Academy for International Studies at Rosemont.

This thoughtful cultural exchange between Sister Cities is an inspiration to everyone who wants to strengthen ties between distant populations through art. The depth contained in the cultures of our cities is an important tool in creating understanding between cultures and creating a more peaceful world. Norfolk plans on sending the mermaid overseas to Kochi in late September. 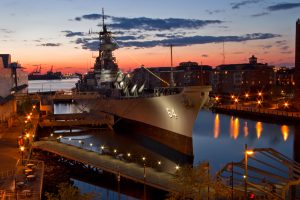 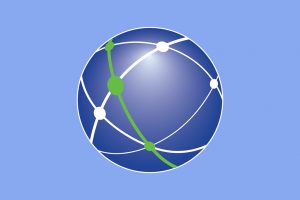