Two 26-foot trucks braved a snowstorm over the mountains from Boise, Idaho all the way down to Brownsville, in Texas early this month to hand off a much-needed shipment of medical supplies and equipment. The supplies, valued at over $350,000, made their way to the Mexican state of Tamaulipas thanks to efforts by the Maryland Sister State program.  The supplies will help alleviate the lack of healthcare facilities in Tamaulipas, particularly in the aftermath of a recent series of earthquakes that have devastated large swaths of the country.

Responding to the Call for Sister City Collaboration

So when Mexico’s National System for Integral Family Development (or DIF), a public assistance program focused on strengthening the welfare of Mexican families, informed the Jalisco committee of the outstanding need in Tamaulipas state, Horn and Chenoweth decided to combine the resources of their committees to help meet that need.

Chenoweth has been a member of Care Convoy, a charity operating out of Idaho that ships donations of medical supplies around the world, for almost a decade. He was the one who tapped the group to bring the shipment to the southern tip of Texas early this month, where DIF took it across the border into Tamaulipas state.

Maryland officially became a sister state to the Liberian counties of Bong and Maryland in August of 2007, but their history runs much deeper. The small West African nation, now home to roughly 4.5 million people, was originally founded by repatriated slaves from America, most of whom journeyed there from the State of Maryland.

The country has come a long way since then: By the time the sister state agreement was signed, Liberia had elected the continent’s first female president, Ellen Johnson Sirleaf. The signing opened up further opportunities for dialogue between the two lands, on topics ranging from business and health to culture and education.

The same could be said about Maryland’s partnership with the Mexican state of Jalisco, which was formalized in 1993. With a new potential for collaboration within Maryland’s sister state network, partnerships like these are finding exciting ways to deepen their impact on the world around them.

You can review Care Convoy’s website at www.careconvoy.org. If your sister city or sister state organization would like to make a donation of medical supplies and equipment anywhere in the world, please contact Wesley Chenoweth. 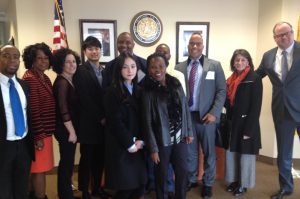 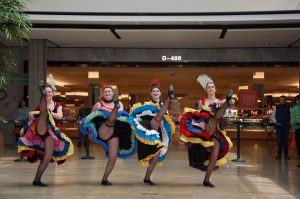 A Priceless Experience: Shoppers Get a Taste of Their Sister Cities 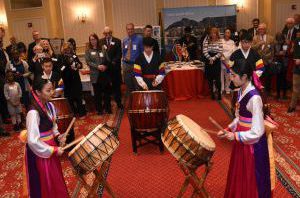 Legislators Bring the World to Annapolis